The case is about whether a Deliveroo deliverer should be regarded as a contractor or as an employee. An important issue, because an employee enjoys much more protection than a contractor. For example, an employee is entitled to protection from dismissal, to continued payment of wages in the event of illness and unemployment benefits. All this does not apply to a contractor.

2. What did the Court of Appeal decide?

For defining whether there is an employment contract, four characteristics laid down in the law must be considered: “work”, “employed”, “for a certain period of time” and “wages”.

The Court concluded that if each of the above elements is considered, the deliverers are employed by Deliveroo on the basis of an employment contract.

The Court paid particular attention to the elements “work” and “employed”.

With regard to “work”, the Court concludes that the employee does have some freedom not to perform the work, but not to such an extent that this is incompatible with an employment contract. The fact that the employee can be replaced by someone else with Deliveroo’s consent and can work for a competing company does not affect this. On the other hand, the deliverers are insured against industrial accidents and their work is a core activity of the company.

With respect to “employed”, the Court concluded that there is an employer-employee relationship with the deliverer. The work of the deliverer is largely organized and influenced by Deliveroo, including the algorithm and the payment model. The absence of entrepreneurship also indicates the existence of a relationship of authority.

3. Why is the ruling important?

It is expected that Deliveroo will lodge an appeal with the Supreme Court from the Appeal Court’s ruling. Hopefully, the Supreme Court will make it definitively clear whether a platform worker must be regarded as an employee or as a contractor. Such a ruling will also provide clarity in many other cases.

4. What does the judgment mean to practice?

In practice, the Court of Appeal’s ruling means that when entering into a commission contract, it is important to realise that a judge, when qualifying the contract, will look critically and concretely at all the elements of the employment relationship and will make an assessment based on the whole.

The Court specifically considers whether certain agreements are indicative of entrepreneurship, such as the possession of a VAT number, the tax treatment of the worker or the obligation to take out liability insurance.

It is therefore advisable to take the contractor’s own entrepreneurship into account when agreeing on the commission contract and to have this reflected in the contract.

Do you want to read the whole court decision? Please click here. 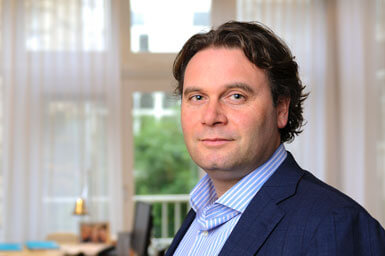